The Evolution of Armored Warfare

Armored warfare has come a long way since its introduction on the battlefields of World War I. From the heavy tanks that roamed Europe at the dawn of the 20th-century to the bulletproof armored vehicles of INKAS Armored, mechanized warfare has developed into an emblem of modern combat.

Today, we take a closer look at the history and evolution of armored warfare and why it is impossible to imagine military strategy without it.

The Early Days of Armored Warfare

Armored warfare evolved during the First World War (1914-1918) when military strategists were looking for effective ways of breaking through the defensive artillery flanks of the opposing armies. At that time, the most popular and efficient way to fight a war was building long trenches where the infantry would hide and fire at the incoming army. This style of combat was also known as trench warfare, and unfortunately, resulted in massive and unnecessary casualties.

The engineers behind the development of armored warfare were looking to provide an alternative to trench warfare, and so they came up with the caterpillar traction system, which they attached to a heavy vehicle, thus creating the war tank.

The new mechanized vehicle could carry a few soldiers who would shoot rifles and machine guns from the shelter of the bulletproof armored chassis. This way, they could go over barbed wire, trenches, and other battlefield obstacles.

Some of the first nations to use the tank were France and Great Britain in 1915. The German Empire followed suit, but none of the countries involved in the conflagration were completely convinced that the new armored vehicles would win the war. As a result, the production was low, and the first tank vs. tank duel only took place towards the end of the war, in 1918.

The strategic manufacturing and use of armored vehicles continued throughout the interwar period, with most of the Western countries and Japan investing massively in their development.

The early days of the Second World War saw strange occurrences on the battlefields everywhere across Europe. For once, Germany employed mixed divisions of tanks and cavalry, which they used in the invasion of Poland. This led to false rumors about the Polish cavalry attacking German armored vehicles in an attempt to stop the invasion during the Battle of Tuchola Forest.

From then on, the popularity of armored tanks grew to global acclaim. Almost every nation that was remotely involved in the war started investing heavily in developing armored vehicles. The states that did not have the necessary facilities to produce them started buying them and the first big steps in international arms trade were made during that period.

The wide acceptance of armored vehicles led to the need for new weapons that could stop the tanks in their advancing. A combination of air support, artillery, and engineers were generally deployed in their path to devise efficient stopping maneuvers.

Tanks and other armored vehicles changed the way war was fought. Even today, manufacturers like INKAS Armored take inspiration from the early days of armored vehicle development in their production plans.

In the years after the Second World War, military strategists could not even plan a battle without the inclusion of armored vehicles. In most of the international armed conflicts that took place ever since tanks and other mechanized warfare vehicles played a crucial part in the outcome.

The most powerful nations in the world, like the United States, the Soviet Union, the United Kingdom, and West Germany invested heavily in developing new armored vehicles. The rapid advance of technology prompted the creation of new and better war vehicles, which could adapt better to modern warfare conditions.

New armor technology together with advances made in tank mobility led to the development of more and more powerful armored vehicles. These mechanized weapons of destruction could move with more agility on the battlefield, provide better protection for the crew, and resist anti-tank artillery attacks.

At the beginning of the 21-st century, the evolution of anti-tank guided missiles (ATGM) finally provided a strong response to tank technology that had reigned supreme ever since the Second World War.

Nowadays, armored warfare has evolved to produce various war vehicles that range from light and speedy to heavy and imposing machines.

The production of armored vehicles does not only take place in states that are historically known for their military campaigns. In more peace-oriented nations like Canada, industry-leading manufacturers like INKAS Armored design and produce a wide range of armored vehicles for both military and civil use. 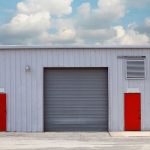 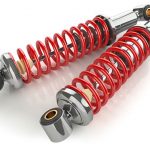 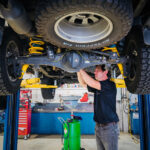